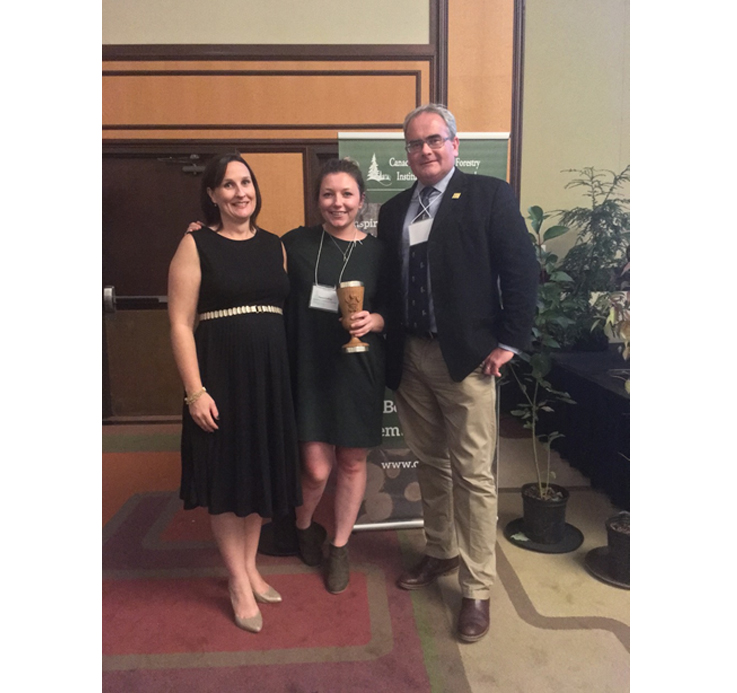 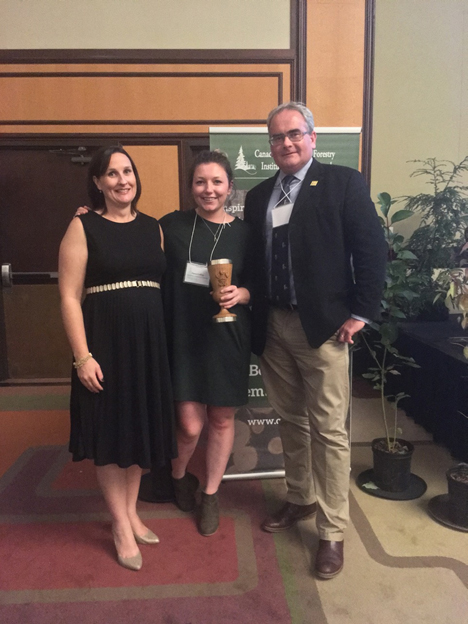 October 12, 2017, Ottawa, Ontario – The Canadian Institute of Forestry/Institut forestier du Canada (CIF-IFC) is pleased to announce Dana Collins of Toronto, Ontario as the 2017 recipient of the Prince of Wales Award for Sustainable Forestry. The award was presented at the 2017 CIF-IFC Annual Awards Banquet held on September 27 at The Westin Ottawa.

Established in 2014, this award recognizes the achievements of an outstanding young forest professional in Canada, and encourages involvement in and dedication to the principles of sustainable forest management, science-based land stewardship, and public outreach focusing on the wise use and conservation of forests and the ecosystems that they encompass.

Dana obtained a Bachelor of Science Degree (Forest Conservation Science and Ecology) and a Master of Forest Conservation degree from the University of Toronto, and has been the Executive Director of the CIF-IFC since 2014, responsible for managing the day to day activities of the Institute. During her relatively short career to date, Dana has worked tirelessly to advance the cause of sustainable forest management and to foster the best in international relationships between Canada and other forest nations, notably China and the United Kingdom, and as well in Africa and South America. Most recently she has been involved in the partnership that the Institute has established in China with the Beijing Forestry Society, Beijing Forestry University, and other key groups. In addition to her role at the CIF-IFC, Dana also is a sessional lecturer at the University of Toronto.

“During the five years I have known her, Dana has proven herself time and again to be a great leader in the making; and an effective contributor not only to the Institute, but to forestry endeavours across Canada, and recently, around the world,” notes past CIF-IFC Executive Director and current Provincial Leader (Ontario) for FPInnovations John Pineau.

Formed in 1908, the CIF-IFC is the national voice of forest practitioners and many others with a professional interest in forestry. The Institute’s 19 sections strive to provide national leadership in forestry, promote competency among forestry professionals, and foster public awareness of Canadian and international forestry issues.