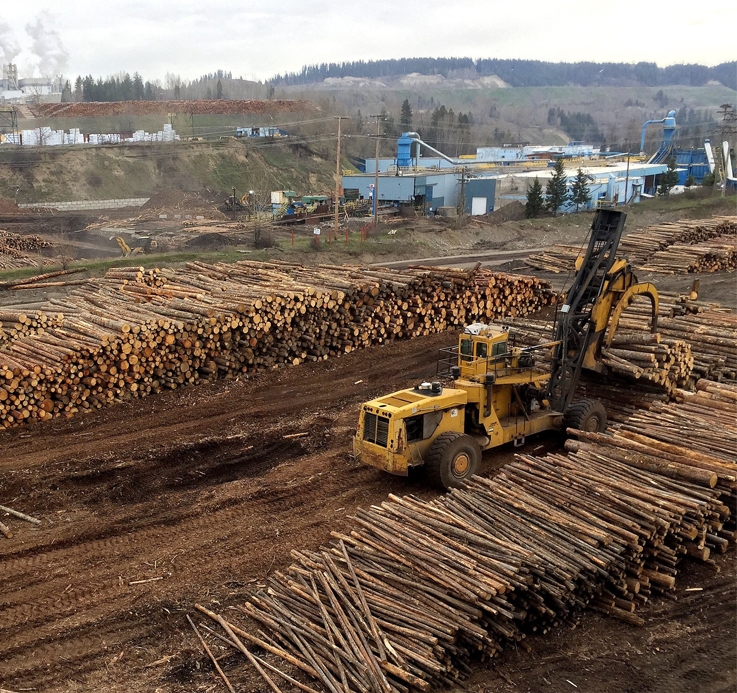 Tens of thousands of fires are ripping through the Amazon this month, stunning the world and demonstrating the precarity of earth’s ecosystems. But Canadians need only look as far as our own expansive boreal forest to understand the damage humans can cause, experts say.

The boreal forest covers more than half of Canada, is home to hundreds of Indigenous communities and is vitally important for the environment. It stores more carbon than is in the earth’s atmosphere, supplies massive amounts of clean air, and pours oxygen and nutrients into rivers and oceans to nourish marine life, said Jeff Wells, boreal conservation vice-president at the National Audubon Society.

If the Amazon is the lungs of the earth, the boreal is its circulation system.

“On the one hand, the boreal forest biome is one of the most intact ecosystems on the planet … in the order of the size of the Amazon,” said Wells.

“On the flip side, the southern portion of boreal forest is heavily impacted by industrial activities, and that’s where the bulk of degradation happens.”

Canada’s natural resource industries harvest almost as much wood as Brazil. Wood, pulp and paper manufacturing, forestry and logging contributed $24.6 billion to Canada’s economy in 2017.
That same year, 6,452 square kilometres of forest was clear cut in Canada, according to the National Forestry Database. In comparison, the Brazilian government estimates that 7,900 square kilometres of its rainforest was harvested between 2017 and 2018.

Canada has reserved a third of its boreal forest for current or future industrial development, according to the David Suzuki Foundation.

“The world is rightfully looking with concern at the Amazon, but what people don’t realize is Canada is right behind Brazil in terms of forest degradation,” said Anthony Swift, director of the National Resource Defense Council’s Canadian program.

The key difference is that in Brazil and other South American countries the land is permanently deforested for other uses — like cattle ranches and agriculture — whereas Canadian laws require forestry companies and other industries to replant what they take, or let the natural vegetation grow back.

“There are very loud, powerful voices in Canada saying what we’re doing to the boreal forest is good and sustainable — including the Canadian government,” said University of Toronto forestry Prof. Jay Malcolm.

“It’s interesting that when we hear about the Amazon burning, the world’s up in arms, when we’re actually liberating a ton of carbon in Canada through our logging.”

Neither Natural Resources Canada, nor the Prime Minister’s Office provided a comment by the time of publication when asked if any lessons can be learned from the Amazon fires, or changes need to be made to how the boreal forest is managed.

The Office of the Minister of Environment and Climate Change said it announced $72 million for 52 projects to protect and recover wildlife and habitat in August.

Under the “deforestation in Canada: key myths and facts” part of its website, Natural Resources Canada states, “Canada has some of the most rigorous laws in the world for protecting forests and ensuring sustainable forest management. We are world leaders in scientific research that informs planning and management practices.”

All five forestry experts HuffPost interviewed said that while this strategy is better than deforestation, it is far from perfect.

The boreal forest is being degraded and fragmented while also struggling with the adverse effects of climate change, including changing precipitation levels and more frequent forest fires and insect infestations.

Roads to oilsands cut through wildlife habitat. In some areas the soil is too compacted from industrial activities to sustain trees. The young trees that replace old growth forest don’t absorb as much carbon, or support ecosystems, and they’re cut down again before the area fully recovers.

“We’re undermining its ability to survive the stresses that are coming and already at play,” said Swift. “The reality is the rate of logging in the Canadian boreal today is unsustainable.”

Rachel Plotkin, the David Suzuki Foundation’s boreal program manager, pointed to woodland caribou, endangered in some parts of Canada, wolverines and hundreds of migratory bird species as all struggling to adapt to human made disruptions. “For wildlife, it’s a slow burn — a death by a thousand cuts,” she said.

The United Nations’ Intergovernmental Panel on Climate Change has highlighted that transitioning to green energy and reducing greenhouse gas emissions is necessary, but not enough.

Canada’s boreal could be “one of the last great conservation efforts in our lifetime, but also one of the great opportunities for natural resource companies to make money,” said Wells, adding there’s still hope. The Yukon government, for example, signed an agreement with Indigenous communities to work together to manage and protect the vast Peel watershed — 14 per cent of the territory.

The Amazon fires are an opportunity for Canada to realize it, too, has work to do.

“Sometimes better is not good enough. That’s a trick we need to be careful of, lulling yourself into thinking everything’s fine when it’s not,” Wells said. “There’s a huge need to maintain, protect and restore ecosystems. We cannot forget that.”