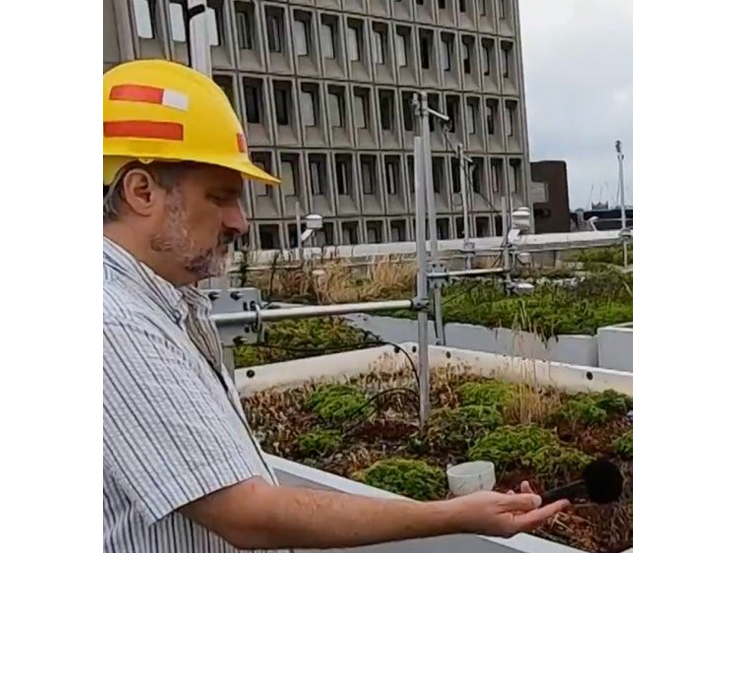 If you’re going to learn to be a forester, it helps to visit a few forests. Master of Forest Conservation students in the Daniels Faculty’s forestry department have traditionally spent part of the academic year participating in field courses that include trips to sites of arboreal interest, near and far.

This fall, with the COVID-19 pandemic still raging and social distancing very much in effect, those trips won’t be possible — but, thanks to the ingenuity of Daniels’s forestry professors, the field courses will go on, albeit in a different form.

Instead of travelling as a group, students will watch videos, starring their professors, and then make solo forest trips, during which they’ll conduct individual observations and field experiments.

Professor Sean Thomas ordinarily leads an international forest conservation field camp for students. He was planning a class trip to Malaysia earlier this year when the pandemic put a stop to all international travel. Now, as a replacement for that type of travel experience, he’s hard at work producing a video-based field course for second-year MFC candidates.

The new, video-based field course will deal with urban forestry. Thomas has been travelling Toronto, visiting sites of relevance, interviewing practitioners, and getting it all on camera.

He recently did some filming at North York’s Downsview Park, the site of a former Canadian Forces base, which is now in the process of being redeveloped. “It’s a complicated space,” Thomas says. “There’s actually a chunk of old-growth forest on the property. Most of the contamination from the military base has been dealt with, but there are still a lot of really poor soil conditions. It has been a very challenging restoration project for a long time.”

Thomas will also be meeting with representatives from Seeds to Saplings, a forest conservation group that grows native trees at local schools and then plants them in Toronto’s ravines. He’ll be interviewing civil servants who oversee the city’s green roof program, including the podium green roof at city hall, one of Toronto’s largest and oldest green roof installations. Another video segment will give students a glimpse of the Daniels Faculty’s own GRIT Lab, a research facility for the study of green-roof techniques and technologies, located on the Daniels Building’s rooftop. (Some clips of Thomas’s GRIT Lab visit are embedded above.)

Students will watch footage of Thomas visiting these people and places and then, on their own time, they’ll make individual visits to some of the locations in the videos. In this way, students will be able to gain firsthand forestry experience without the necessity of gathering in large tour groups.

For first-year MFC students, the fall semester would normally include a group trip to Haliburton Forest, a working forest and wildlife reserve located about 200 kilometres northeast of Toronto. Professor Jay Malcolm is working on his own series of videos, which will attempt to replicate that trip, beat for beat. His video field course will introduce biodiversity field skills, including procedures for tree sampling, understory sampling, and trapping small mammals, like mice.

To produce his videos, Malcolm travelled to Haliburton and, with the help of a film crew made up of Daniels Faculty students, recorded himself touring the site and talking shop with experts. He visited different areas of the forest to examine different tree communities and soil conditions, and also took his camera crew to some less serene locations, including the Haliburton Forest Wolf Centre, where a captive wolf pack lives in a large enclosure. Travelling without a large group has enabled Malcolm to cover more ground — and more topic areas — than he would be able to during a typical field course.

He has had to learn quickly how to transform himself into an engaging screen presenter. “We realized early on that it was best to film me interacting with people,” Malcolm says. “The videos work best when everybody is questioning each other, giving each other a hard time, and having some fun with it. I think it will come off well to the students, because we had fun recording it.”

Malcolm’s students will view the videos as a group, in a virtual classroom environment. Then they’ll split into small breakout groups, where they’ll have opportunities to speak directly to some of the field experts featured in the clips. After the video field course is complete, students will be encouraged to go into forests near their homes and put some of the field skills they’ve just learned into practice.

Although Thomas and Malcolm expect their videos to go a long way toward enriching the forestry learning experience during a very unusual fall semester, they concede that there are certain things about being in a forest that remote learning just can’t teach — like for instance, what to do with a mouse once you’ve caught it as part of a field experiment. “How do you hold the mouse so that it doesn’t bite you? People have got to actually have held the mouse to know they can do that,” Thomas says.

For that, and for so many other things, there’s always next year.