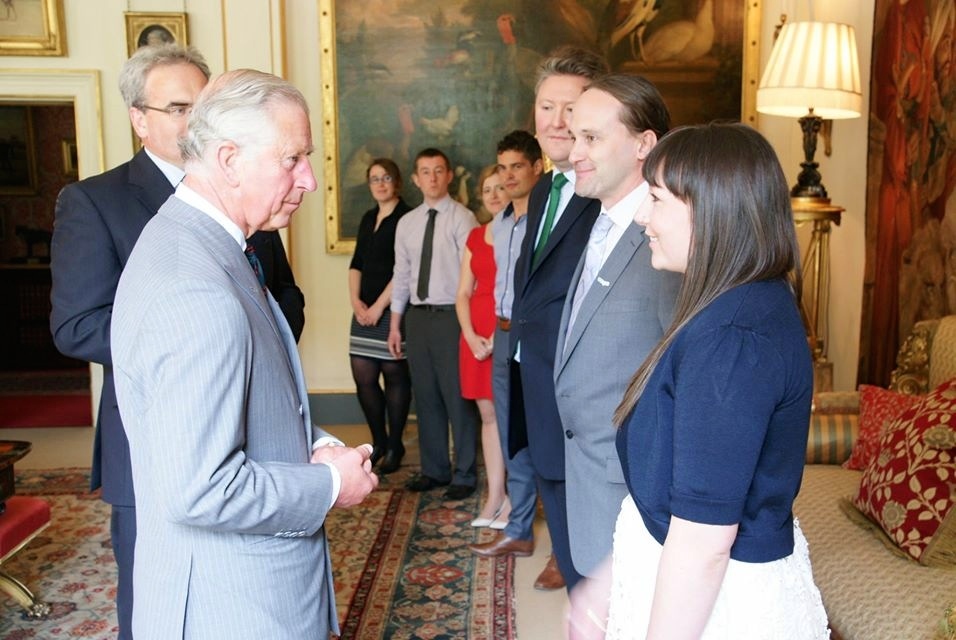 Mattawa, Ontario – June 11, 2015 – Yesterday four young forestry graduates from Canada and the United Kingdom – recipients of the inaugural Prince of Wales Forest Leadership Award – attended a meeting with His Royal Highness The Prince of Wales at his official London residence, Clarence House. Recognizing the Award as offering valuable learning experience in their early careers, His Royal Highness spoke with the four recipients, personally congratulating them on winning the award.

To read the full Press Release from the CIF click HERE

Jacqueline Hamilton and His Royal Highness The Prince of Wales