Thanks but no thanks

Inglewood, Ont. — The African nations desperate for food relief are rightly skeptical about why U.S. food aid is tied to donations and loans to purchase genetically modified corn (Africans Must Wrestle With Food Dilemma — Aug. 23).

While U.S. and Canadian corporations and their defenders profess that it is absolutely safe for people to eat genetically modified foods, no one has eaten these new and unnatural foods long enough to know if they are truly safe to eat over a lifetime. Further, the possible planting of some of these unnatural grains in Africa would be a genetic threat to local varieties of African grain, and an economic threat to future sales of African grain in Europe and elsewhere.

This example of the U.S. offering to provide genetically modified grain to starving nations in Africa is put forward as a genuine humanitarian gesture. But it is also an attempt to dispose of a surplus of modified corn that many wealthier nations throughout the world are refusing to buy, for valid reasons.

When looking at the centre of Canada’s national flag, most people see the figure of a red leaf on a white background.  Others perceive two white human faces silhouetted on a red background.  The maple leaf is a familiar Canadian image.  It is much more familiar than two faces in profile, tilted to touch at the forehead.

The tendency to recognize the two faces on Canada’s flag may be enhanced simply by learning that the image exists.  It can also be enhanced by folding the flag down from the top and up from the bottom, to expose only the blade of the leaf, or by filling the cheeks on the flag in a gentle breeze.  It would be more convincing, but offensive, to draw an eye on each face.

It is impossible for the leaf and the faces to be perceived at the same time.  Instead, the images will be seen to shift from one to the other, repeatedly.  This figure-ground reversal of images is the essence of the visual illusion in our flag.

The two faces appear to be involved in an argument.  It is interesting to speculate why.

The spectre of two fractious faces flying over Parliament is haunting.  The subliminal influence of Canada’s national flag could account for many evil outcomes, ranging from Canada’s current constitutional dilemma to maple dieback.

Other images may be created on the flag simply by changing the shape of the outline between the red leaf and the white surface.  By extending the tip of the left and the right leaf lobes in gentle curves upward, the familiar leaf remains and the two cranky Canadians adopt contented smiles.  The same effect may be seen when the flag flutters in a wind.

It now becomes interesting to speculate why the two faces are smiling.

I surmise that these two esteemed parliamentarians are nodding in agreement to their plan to enshrine a conservation clause in the Constitution of Canada.  The clause will acknowledge the principle that our governments, when developing laws, policies and programs, will strive to sustain the nation’s productive capacity and the biodiversity of all species cohabiting our share of the biosphere.

A dead end for migrating birds

This essay has been scanned from a newspaper article.  It will be easier to read if printed.

A dead end for migrating birds

Cultural Attitudes to Culturing the Forest 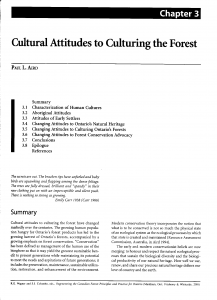 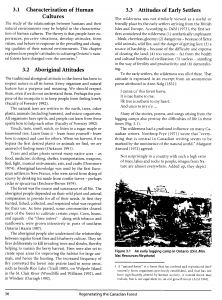 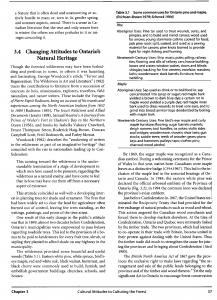 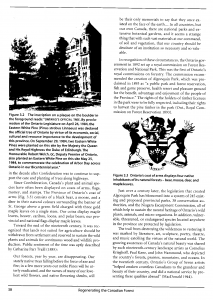 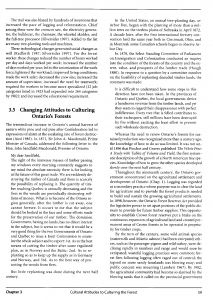 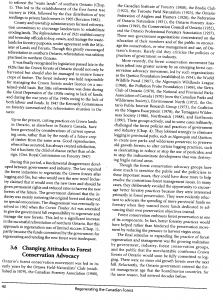 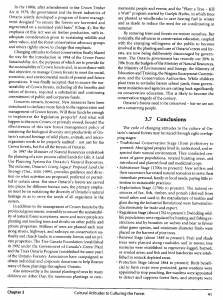 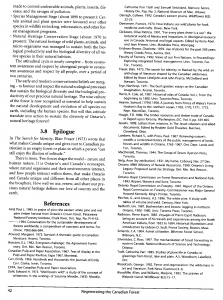 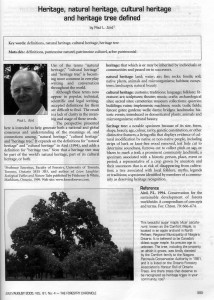