The Globe and Mail: The Norway maple is a bully, and shouldn’t be confused with the sugar maple tree 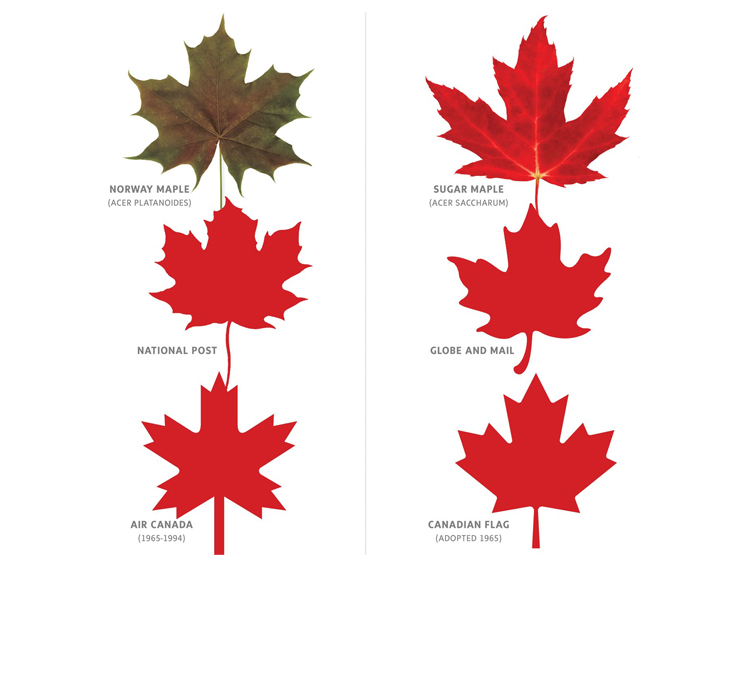 The Globe and Mail: The Norway maple is a bully, and shouldn’t be confused with the sugar maple tree

The following opinion piece for The Globe and Mail by MFC graduate Peter Kuitenbrouwer was published on June 26, 2020.

The Norway maple is a hardy tree that thrives much better than our domestic sugar maple in harsh urban conditions. City forestry departments across North America planted Norways for decades because the species, known by the Latin name Acer platanoides, tolerates concrete, soil compaction, pollution, salt and other indignities of urban life.

Much too late, planners discovered the troubling truth: the Norway maple is an aggressive invader. The tree takes over forests, spreading thick leaves that open first and fall last. In its shade, other species, such as native oaks, pines or maples, cannot establish themselves or grow. Studies show that native insects, birds and mammals do not thrive in Norway maple forests, which become green deserts. In a crowning indignity, the leaves of green Norway maples do not turn red in the fall; typically they develop black spots before they turn yellow and fall off.

Campaigns to repel the invader abound. Dalhousie University have sought to banish the tree from its campus; the City of Montreal has targeted Norway maples for removal on Mount Royal; in New York, Central Park Conservancy gardeners pull up seedlings when they spot them. But graphic designers are not helping matters. Look around you, and you’ll notice the Norway maple has opened another front in this conflict: taking root as the default image on countless products of companies which, inadvertently it seems, adopt the usurper as a symbol of their Canadian bona fides.
The Bank of Canada raised ire years ago when purists noticed that the new polymer banknotes featured Norway maple leaves. It’s as though the U.S. Treasury slipped up and printed King George III on the dollar bill, instead of George Washington, because they wore similar hair.

Canada’s central bank has plenty of company. Canada Post has featured Norway maple leaves on its stamps. Moosehead, a lager brewed in Saint John, trumpets on its beer cases: “Founded in 1867, we were born with Canada,” below a drawing of what can only be a Norway maple leaf. The tipping point for me came at breakfast the other morning, when I noticed that Post Foods Canada Inc., on its Shredded Wheat cereal box, boasts, “Prepared in Canada” – next to a rendering of a red Norway maple leaf. Smaller companies such as Ontario Aluminum and Glass paint Norway leaves on their trucks; even historic logos for Canadian National Railways and the hallowed Toronto Maple Leafs feature what look suspiciously like Norway maples.

As we approach Canada Day, it is time to say: enough is enough.

Here is how you tell the leaves apart. The leaf of Canada’s national tree, the sugar maple (which graces our flag) features three wider lobes (or main points) each with a few irregular wavy teeth, plus two one-point lobes near the stem. The bigger Norway maple leaf sports seven lobes. Only Norway maple trees ooze a white milky latex when you snap off a leaf.

Forgive Canada’s graphic designers for the blunder of depicting a Norway maple on a cereal box or a beer case: Most of these people probably live in cities. In many cities, Norway maple trees are a far more common sight than sugar maples; they are the most common street tree in Toronto, for example. Studies on Montreal’s Mount Royal, where sugar maples have long dominated, show that three of every four new seedlings is a Norway maple. Combine that with plummeting levels of ecological literacy in recent decades, and it’s no wonder many people can’t tell a Norway maple from a sugar maple, let alone which is which.

All of this might seem a nerdy, academic discussion. But consider the havoc that invasive species in general – such as dog-strangling vines, garlic mustard plants and the Norway maple in particular – are wreaking in our ravines and forests. Planners favoured the Norways in part because caterpillars shun their waxy leaves. One can see the appeal. Every gardener wants to keep bugs at bay. A problem soon arises, however, because if trees are free of bugs, birds find little to eat – and flee the neighbourhood. Doug Tallamy, a professor of entomology at the University of Delaware’s College of Agriculture and Natural Resources, discovered that chickadee nestlings, for example, eat at least 6,000 caterpillars, all foraged within 50 metres of their nest, before they fledge.

Mr. Tallamy noted that while Norway maples provide a yard with a quick-growing source of foliage, they do not harbour much food for other wildlife. Chickadees living among non-native trees find fewer of the caterpillars that their babies like to eat, and produce fewer young or do not reproduce at all. At our home in Toronto, we inherited Norway maples in the yard; while we enjoy the shade, the trees’ insatiable roots have killed any grass that was there, and our vegetable garden struggles under the Norways’ dense canopy.

How can we teach Canadians to recognize and celebrate our native trees?

Forests Ontario, for whom I consult, offers the Tree Bee competition; grade-school contestants face off in, among other tests, a tree-identification showdown. Eric Davies, a PhD candidate in forestry at the University of Toronto, has warned for years of the perils of Norway maples. Mr. Davies received funding from Google’s Sidewalk Labs to develop a travelling gallery of native tree saplings, to teach tree literacy. Although Google has abandoned its Toronto Quayside development project, Mr. Davies says his gallery will go ahead.

But it’s slow going. The multicoloured, many-pointed leaf that designers created for Canada’s 150th birthday in 2017 resembled, you guessed it, a Norway maple leaf. These artists simply can’t contain themselves, maybe because a leaf with more spiky points sticking out of it looks more dramatic than a leaf with fewer points. Years ago, one newspaper columnist suggested that, as a nation of immigrants, we ought to embrace the Norway maple, an imported tree species, as a national symbol. (Perhaps he was feeling a tad defensive; the newspaper he wrote in, the National Post, uses a Norway maple leaf in its logo.) But the Norway maple does not symbolize diversity: it conquers ecosystems, developing an impenetrable monoculture. Monocultures are inherently unstable. Sugar maples, meanwhile, play well with others; a mixed, biodiverse forest is a healthy place.

Let’s recall that Canada’s First Nations taught the early Europeans to tap the sugar maple, Acer saccharum, for syrup. In these troubled times, the sugar maple emerges as a symbol of collaboration.
Designers need not limit themselves to the sugar maple leaf, however. They can draw inspiration from our many indigenous maples: silver maple, red maple, striped maple, bigleaf maple. Even the much-maligned Manitoba maple, often considered a weed tree, is domestic – and an excellent source of pollen and nectar for bees in the spring. Please just stop using Norway maples as a symbol of Canada. That ecological bully does not represent the best part of our nature.

The Globe and Mail article with full commentary