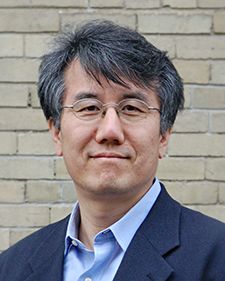 Dr. Chul B. Park is currently a Professor in the Department of Mechanical and Industrial Engineering at the University of Toronto and is also the founder and Director of the Microcellular Plastics Manufacturing Laboratory within that department. He obtained his M.Sc. degree from the Korea Advanced Institute of Science and Technology , Korea and received his Ph.D. degree from the Massachusetts Institute of Technology.

Dr. Park, is the holder of Tier One Canada Research Chair in Advanced Polymer Processing Technologies, and has a proven track record of new technology developments. He invented the first-generation microcellular extrusion technology, which has been commercialized by Trexel Inc. (USA) and actively transferred to a number of companies. He has been extensively involved in industrial projects both in consulting and research contracts on various polymer foam processes including microcellular processing, inert gas-injection processing, rotational foam molding, and wood-fiber composites. Since 1993, he has been directing the Microcellular Plastics Manufacturing Laboratory and has been involved in pioneering work on the concepts of microcellular foaming. The laboratory is recognized as the leading facility in the world for research and development of microcellular plastic foams. The Laboratory has gained the reputation for developing new technology using state-of-the-art equipment. Dr. Park has been organizing the Foam Sessions at PPS meetings since 2002. He has delivered 7 plenary/keynote lectures at various conferences and has been an invited lecturer at 18 universities and 14 industrial companies in Canada , USA , Europe and East Asia . His publication record includes 70 papers accepted or published in prestigious refereed journals, a further 3 in review, 135 refereed conference papers and 217 conference presentations. He is a co-inventor on 7 patents and a co-applicant on another 5 patent applications. In recognition of his outstanding research achievements he became recipient of the Premier’s Research Excellence Award (PREA) in 1998. Dr. Park was also awarded a Fellow of the Canadian Society for Mechanical Engineering, 2002, a Fellow of the American Society of Mechanical Engineers, 2003, a Fellow of the Society of Plastics Engineers, 2004, Morand Lambla Award 2004 and CFI Award, 2004.