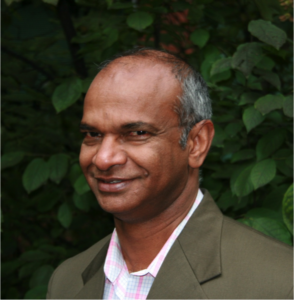 Dr. Shashi Kant is the Director of Master of Science in Sustainability Management (MScSM) Program and Professor of Forest Resource Economics and Management at the University of Toronto. His research has been focused on extending the boundaries of forest economics beyond the economics of timber. He has published five books and more than 100 refereed journal articles and book chapters. He is leading a Global Think Tank called New Frontiers of Forest Economics (NEFFE), and is editor-in-chief of a book series, Sustainability, Economics and Natural Resources, published by Springer. The book series aims to integrate the concept of sustainability into forest economics as well as reflect the multi- and interdisciplinary nature of economics. He is Associate Editor of the Canadian Journal of Forest Research and the Journal of Forest Economics, and has guest-edited five special volumes of Forest Policy and Economics. He is the Coordinator of IUFRO Research Group on Forest Economics.

He is also the recipient of many awards: Order of Ontario (2017), Queen’s Award for Forestry (2008), the Scientific Achievement Award of Canadian Institute of Forestry (2007), the Scientific Achievement Award of the International Union of Forestry Research Organizations (IUFRO) (2005), and the Ontario’s Premier Research Excellence Award (2004) for his research. He has also received the International Students Excellence Award, City of Toronto, (2012).