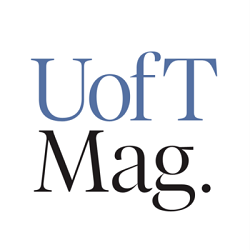 Toronto’s trees aren’t just beautiful – they clean the air, cool the city, provide a habitat for urban wildlife and even intercept rainfall to reduce strain on the city’s sewer system. But a healthy urban canopy doesn’t happen on its own – someone needs to plant new trees, save existing ones and protect against pests and disease. It’s a lot of work for overwhelmed and budget-constrained municipal departments – and that’s where Sandy Smith’s students step in.

Smith, a professor of forestry, links students in the Master of Forest Conservation program with community groups across Toronto to keep their neighbourhood green. Each student team creates an urban forest management plan, which includes: community objectives, an inventory of existing tree cover in the neighbourhood, a resource of key websites and references, and one- five- and 20-year plans. The community then has an urban greening strategy to move forward with the city.

David Grant, founder of Cabbagetown ReLEAF, a community group that participated in fall 2014, says the idea is a winner. “Our plan is already in action,” he says. “When you have a bunch of great people getting together to share knowledge, it’s totally empowering. Three of the students have stayed on with Cabbagetown ReLEAF and we continue to evolve and grow.”

That students often remain with the community group is an indicator of the program’s success, says Smith. For both students and communities, she adds, the course “is giving knowledge and knowledge is power. That’s what universities do.”  – JR 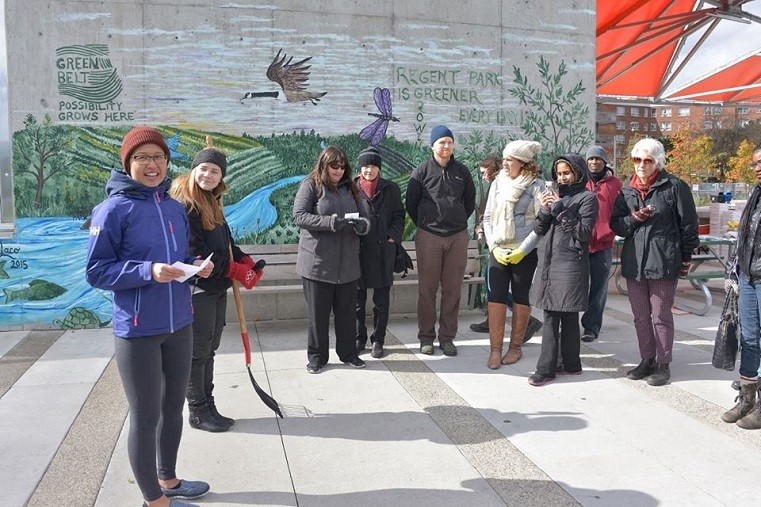 Fai Udom and Emma Thurston, both MFC graduates and on the board of Cabbagetown ReLEAF, talk to community members about habitat connectivity and community engagement during a mulch workshop at Regent Park.