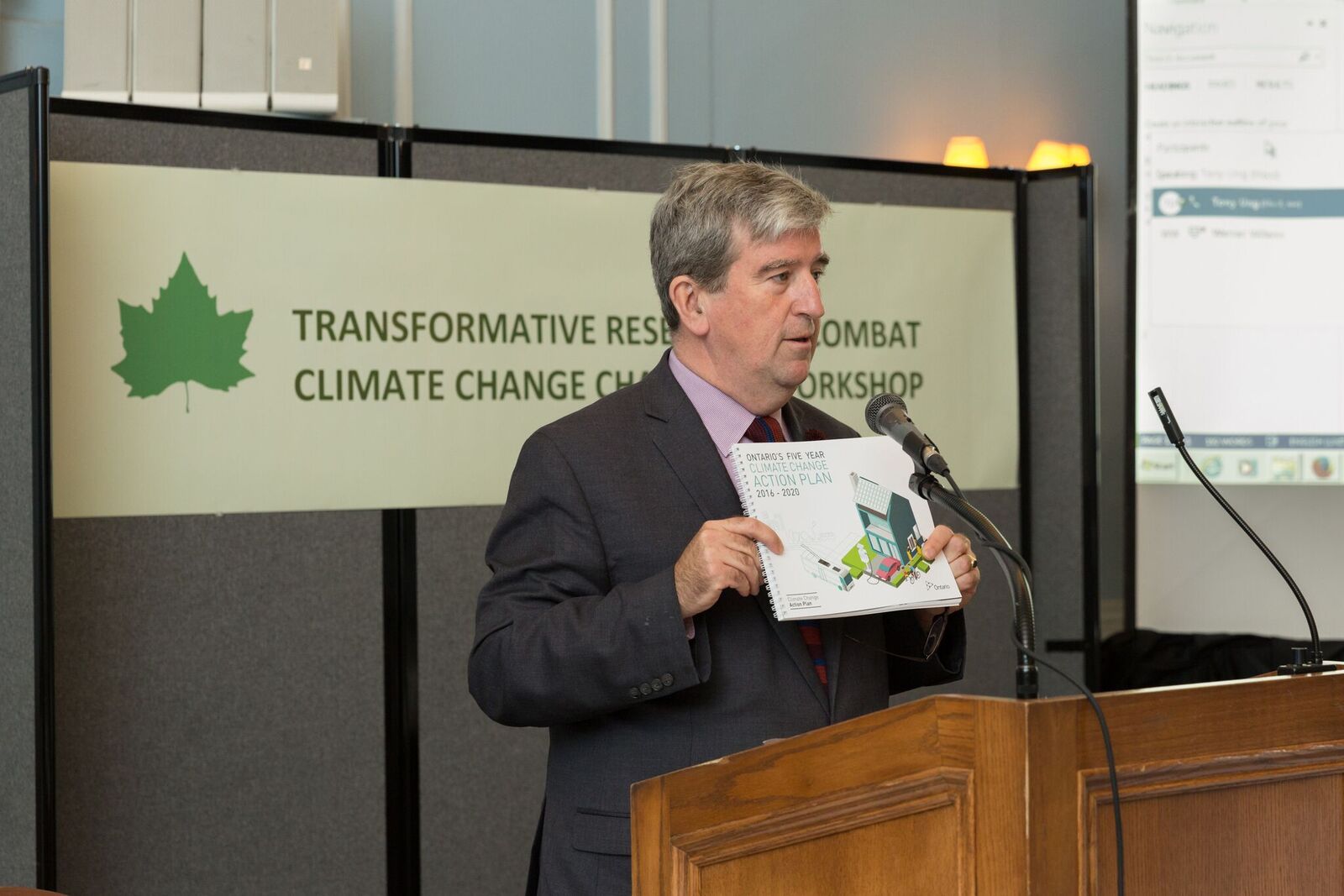 Industry Leaders, Researchers and Government Officials Come Together To Explore New Approaches in Using Carbon Dioxide Chemical and Engineering Methods in the Fight Against Climate Change

On October 12th, 2016, The University of Toronto, Ford Motor Company and the National Sciences and Engineering Council of Canada hosted the ‘Transformative Research to Combat Climate Change Challenge’ Workshop at the Faculty Club on the University’s St. George Campus in Toronto. Representatives from Ontario ministries, global engineering and technological firms, and post-secondary researchers came together at the one-day workshop to present and learn about new strategies on carbon dioxide utilization.

The Honourable Glen Murray, Ontario Minister of the Environment and Climate Change, in his opening remarks at the workshop, outlined his vision to implement the process of Carbon Capture and Utilization (CCU) towards a negative carbon economy. 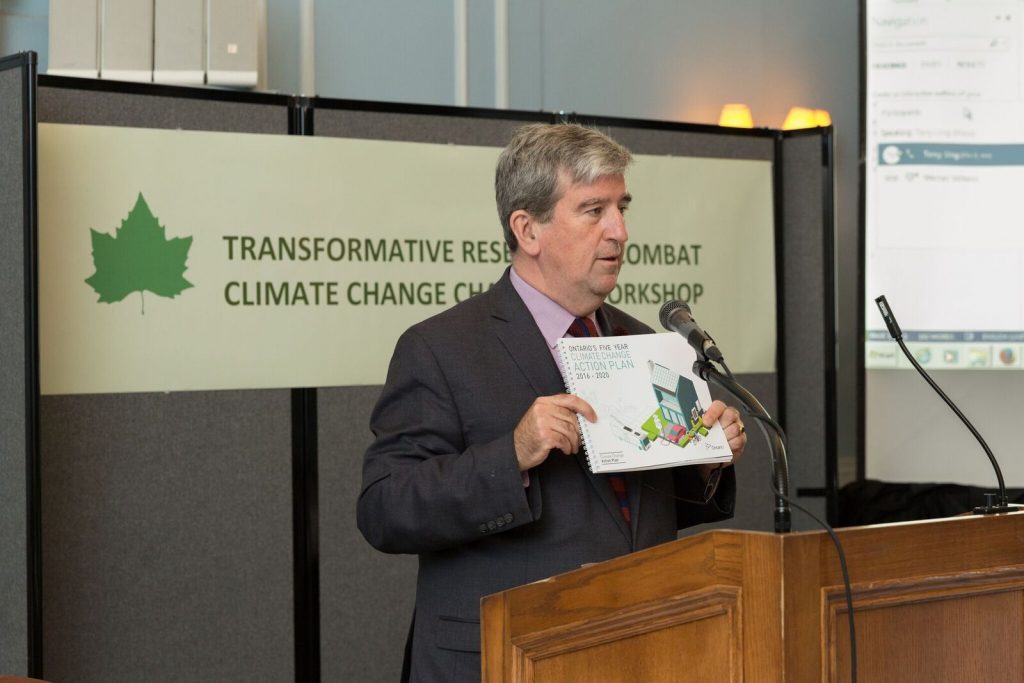 The concentration of carbon dioxide in the atmosphere has increased dramatically since the Industrial Revolution in the 1800s. This past April, Prime Minister Justin Trudeau signed the Paris Agreement on climate change at a United Nations ceremony in New York City, promising Canada would seek out solutions in harnessing the power of renewable energy to reduce greenhouse gas emissions. Two main strategies were proposed in the Paris Agreement to achieve meeting CO2 reduction targets. The first underscores the mitigation of greenhouse gas emissions; the second stresses the reduction of fossil fuel consumption.

The Transformative Research to Combat Climate Change Challenge Workshop focused on a third paradigm, specifically using approaches for converting carbon dioxide to value-added chemicals and fuels. Such strategies could enable energy security, environmental protection and climate control. The vision of an energy transition to an economy founded on CO2 as a chemical feed-stock presents a credible science and engineering model with a calculable cost, assessable risk, and a definable benefit over a quantifiable development time period.

One of the goals of the workshop was to showcase transformative research approaches to renewable chemicals such as dimethyl ether, polycarbonates and carbon fibers, and transportation fuels using CO2 as a precursor. Plenary speaker Professor Peter Styring of the University of Sheffield, a world-renowned expert in the field of WHAT, delivered a pragmatic approach in European contrast for CCU.

Representing the academic side favoring CO2 utilization, Professor Tom Mallouk of Penn State University and the University of Toronto’s own Professor Geoffrey Ozin, Department of Chemistry, presented their views on the opportunities and challenges facing CO2 electrylosis to fuels, clean energy storage, and the prospects of CO2 utilization for commercialization and scaling.

John Jackson, Research and Innovation Development Officer for the National Sciences and Engineering Council of Canada, elaborated on the role his government organization plays in providing research grants to both academic and industry technological initiatives for scientific discovery and innovation. NSERC plans to double their investment in the areas of climate change and clean technology within the next year. 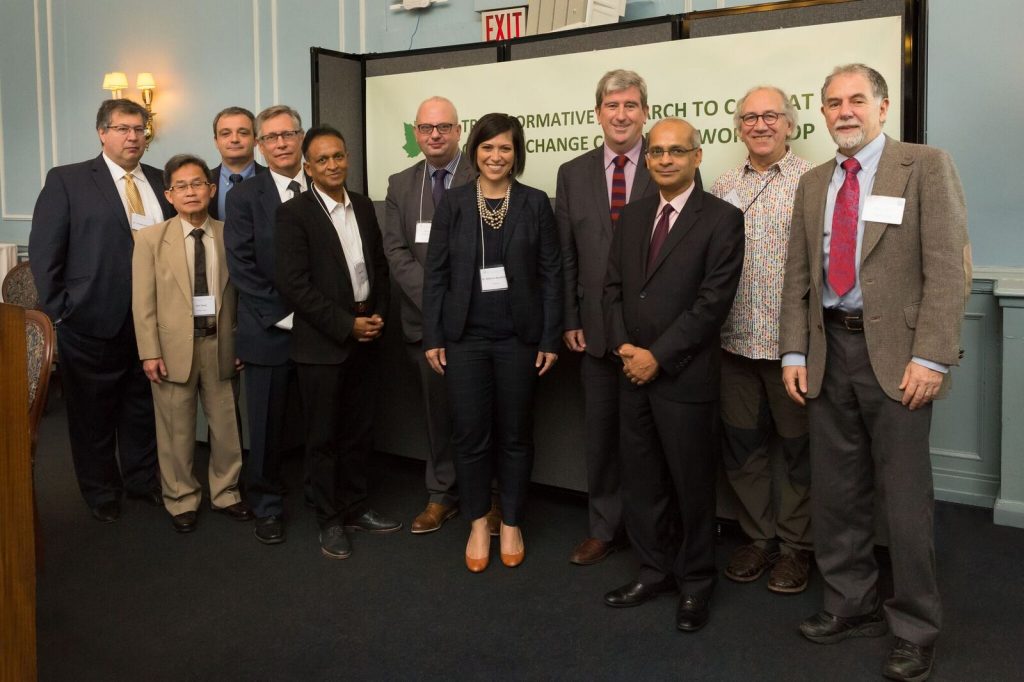 According to host Dean Mohini Sain of the Faculty of Forestry, University of Toronto, the workshop was a tremendous success. “The outcome of the workshop will shape the future strategy of transformative research success in CO2 utilization to demonstrate its commercial viability in the next five years”. The Faculty of Forestry plans to conduct more workshops in the near future, partnering with the science and industrial communities and government policy advisors in order to provide collaborative input on important environmental issues.