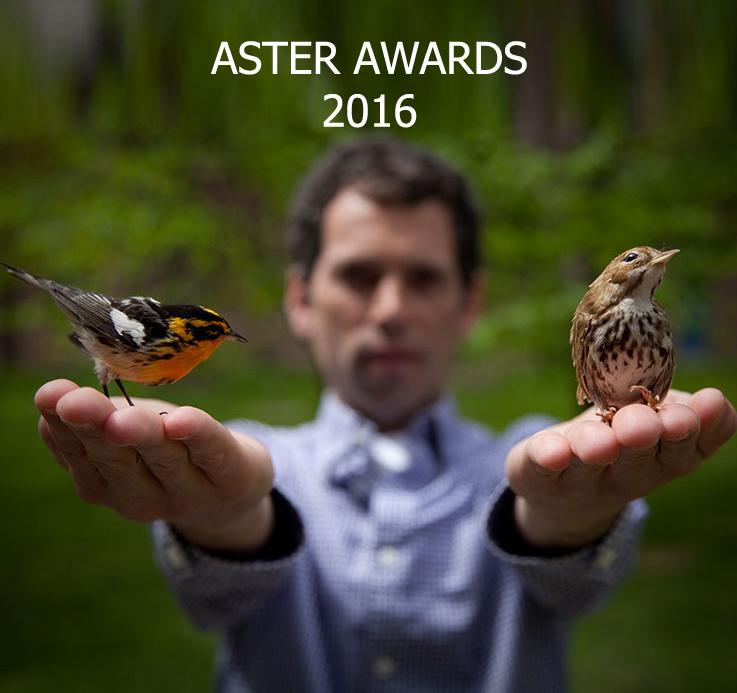 Eric Davies, coordinator of the Toronto Ravine Revitalization Study and PhD candidate at University of Toronto’s Faculty of Forestry, is receiving the Rising Star award of the Aster Awards 2016. Every year, the Aster Awards are honored to three recipients whose works inspire people to better appreciate nature. A cocktail reception ceremony will be hosted at Toronto Botanical Garden on the night of November 17, 2016.

“Re-wilding North America’s urban forests” has always been what Eric is passionate about. With deep understanding of nature, Eric has been dedicating himself to forest health and ecosystem conservation for over 20 years. He established Ontario’s first provincial park native tree nursery at Presq’ile in 1996.

The Toronto Ravine Revitalization Study was initiated by Eric in the summer of 2015. During the City’s Ravine Strategy Open House in June 2015, Eric met Paul Scrivener and Dale Taylor, coordinators of the Rosedale Ravines Study in 1977, and decided to re-initiate this important ecosystem baseline survey. Working with Anqi Dong, ravine team member, Master of Forest Conservation at the faculty, a re-survey was conducted in the Park Drive Ravine, and Anqi’s Master’s thesis based on this re-survey won the Jackson Prize for the best thesis of the year. This year, with a growing team, the re-survey has been expanded to the other ravines in the Rosedale area. By collecting more data, a clearer view of the ecosystem change (both temporal and spatial) can be seen.

Both Eric and Anqi will be giving a talk at the Urban Ravine Restoration Symposium hosted by Toronto Botanical Garden on October 28, 2016.

Find out more about the Urban Ravine Restoration Symposium:

Find out more about this year’s Aster Awards:

Find out more about the Toronto Ravine Revitalization Study:
https://torontoravines.org/